The final version of the peace agreement between the Government of Colombia and the FARC-EP was reached in 2016, after years of negotiations, failed referendums, and decades of civil conflict. This date has been described as one of the most democratizing and modernizing for Colombia by the Truth Commission, the body created by the agreement to help the Colombian state to create a stable peace process. Yet, the peace process in Colombia has been fragile. In Buenaventura for example, violence has not decreased, it has changed.

Nelly* and Blanca*, two women from Buenaventura and now living in Barcelona, explained to us their personal stories of fleeing the country due to the ongoing conflict. The first one we interview was Nelly, who fled the country in 2018. During her interview, she mentioned one of the most complicated topics of the peace agreement: the reintegration of former guerrilla fighters into society. An issue that has split the Colombians since the beginning.

Many do not accept the idea of giving ex-FARCs the possibility of starting a new life. Others believe that it is the only way to achieve a more cohesive society. The reality is that former guerrilla fighters were rarely provided with real opportunities to reintegrate. As a result, many were murdered, while the rest never dropped their arms, and went into common crime.

As Nelly mentioned, in Buenaventura, after relative peace between 2016 and 2018, the violence exploded again in 2021. From January 2017 to December 2021, the district registered 58,395 victims for some type of victimizing event. The violence has seen a change in the actors and in its modalities. First, it was between guerrillas and paramilitaries, then between the armies of drug traffickers, then between post-paramilitary groups, and now between local groups. As a result, the city is a faithful example that violence in Colombia has never disappeared.

Buenaventura, a town of paradoxes

Buenaventura, located in the department of Valle del Cauca, is Colombia’s main seaport and one of the biggest ports in Latin America. While the port of Buenaventura has grown at a phenomenal rate over the years, the population suffers one of the worst conditions of poverty in Colombia. 81% of its inhabitants live in poverty and more than 100,000 people have been victims of the armed conflict. People live on stilts around the harbor with limited access to services and water.

The presence of violent groups is rooted in the Buenaventura area, where clashes by paramilitary and armed groups have occurred over various peaks. The armed struggle between rival groups for power has characterized both the city and the rural districts. The combination of different factors has allowed this perpetration of violence over decades: first of all, the incapacity of state institutions to guarantee suitable conditions for the city’s development and for the functioning of public infrastructures. Second, a general lack of opportunities, which justifies the rate of unemployment (27.9%), the second highest rate in the country. Lastly, the location of the port generates the perfect conditions for illegality.

Buenaventura is an attractive target for illicit activities by criminal groups, who have turned sea outlets into crime routes. In 2021 Buenaventura had the highest peak of violence recorded in the last decade. The homicide rate was 61.6 per 100,000 inhabitants, well above the national rate of 26.8. 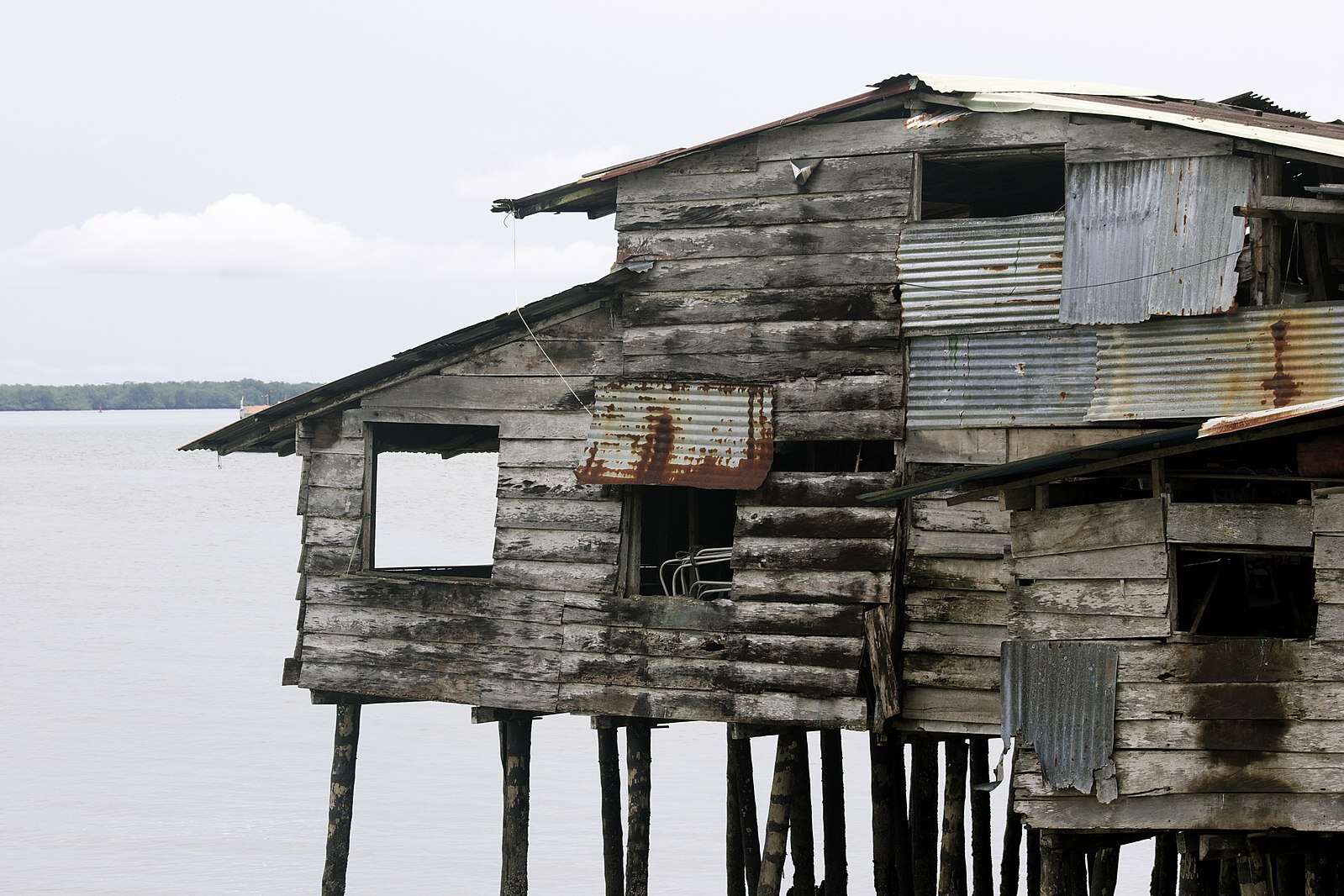 Buenaventura is a town of paradoxes. It is a rich city, but the inhabitants do not benefit from this wealth. Private companies running the port and criminal gangs that vie for control over the city are managing all the profit.

Why is Buenaventura an interesting case study?
It is a city that also unveils an untapped potential, thanks to its richness in culture, biodiversity, and strategic geographic location. Buenaventura is surrounded by green landscapes, immense amounts of rivers, crystal clear beaches, and nature reserves. The port of Buenaventura has grown at a phenomenal rate over the years, and so is its tourism sector.
At the same time, it is a city of resistance. Buenaventura is a territory of black communities. More than 90% of its population self-identifies as black or Afro-descendant. In the past few years, local social leaders have taken many actions to improve the lives of their communities.

Back in 2017, Nelly worked as an accountant for a multinational import-export company. She was also part of an activist movement and the single mother of a six-year-old. Hearing this overview, anyone would say that Nelly was an accomplished, empowered woman who could provide for herself and her family. But one factor made her situation complex: she lived in Buenaventura. There, stability, prosperity, or happiness hang by a thread. In Nelly’s specific case, the sensitive balance was lost due to what she calls “common violence”.

After the peace agreement, Nelly explains, many guerilla fighters who decided to drop the arms faced stigma and struggled to find opportunities to reintegrate society. The result: they got involved in mafias at the port. Crime and container robberies are a daily reality at Buenaventura, and there is no official control system. Instead, import-export companies feel the pressure of their international clients to find those responsible, so they put their own internal, non-transparent security departments in place.

That is how Nelly got fired. No explanation, just a polygraph test as part of what she calls a “false investigation” with the sole objective of cleaning the company’s image. Around the same time, a man on a motorbike stopped her as she walked in the street one evening. He knew where she and her daughter lived. He didn’t say more, but Nelly had many activist colleagues who had been threatened, then killed. This event was the final trigger. 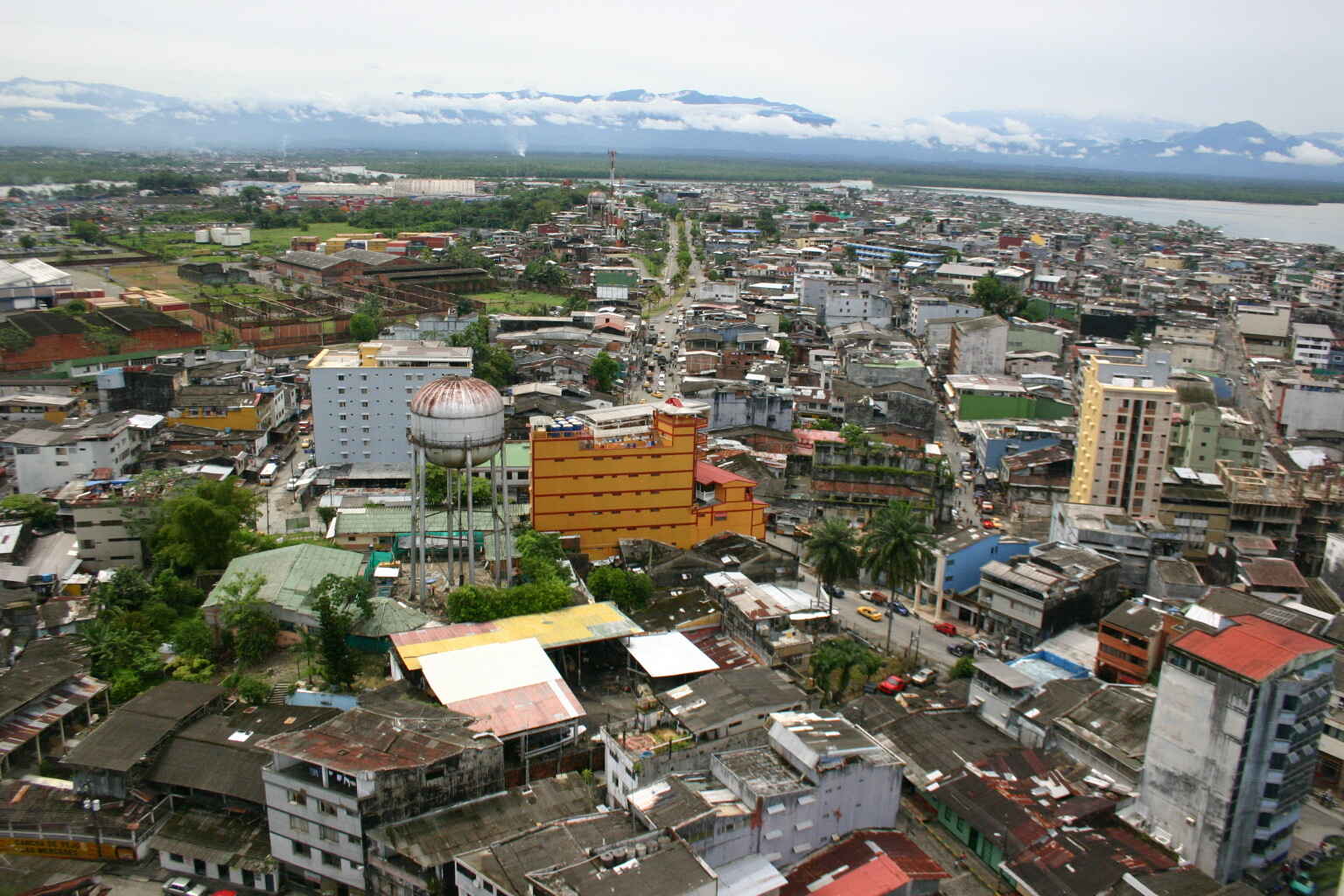 In Buenaventura, on top of the underlying lack of opportunities, the “dreadful quality of education”, the lack of hospital services, and the constant fear due to bombings and shootings in her own neighborhood, she could no longer guarantee safety or stability for her child. She needed to leave.

The same reasons also brought Lucía to flee Buenaventura, although her story is a very different one. She arrived in Spain in 2020 with one of her four kids. The Colombian conflict disrupted the lives of the other three: one was kidnapped 16 years ago, another was killed, and the third stayed in Colombia. “As a single parent, I had no other choice but to flee for the sake of my child”, she explains. The decision was not easy, but the situation in Buenaventura wasn’t safe enough. “Buenaventura is one of Colombia’s best-located parts, but its people are forgotten”, she explains. As a result, people – especially young people -, “take up arms and join the guerrillas. They are moved by hunger and ego”. Despite the 2016 Peace Agreement, oblivion, misery, and violence persist in the city. Lucía is indeed very critical of the Agreement. She is convinced that nothing has changed.

“Peace? What peace?”, she asks sarcastically. “The Agreement has only benefited those already in power. That’s not the case for us, we are still in the same situation ”.

There has been an important change of course. In June of this year, Gustavo Petro, a former fighter who joined the guerrilla in the 80s, won the elections with 50.8% of votes (according to the national registry office). Colombia has never before had a leftist president. Together with Francia Márquez, they represent the face of the new government; one tired of more than five decades of conflict and willing to rewrite Colombia’s history.

Silvia Plana Subirana from ICIP (Institut Català Internacional per la Pau) explained to us: “Petro has committed to implementing all justice and reparation recommendations included in the final report of the Colombian Truth Commission, which was released in June of this year. So there is willingness, but the future is still uncertain”.

In Nelly’s words, “There is a general sense of hope, especially among low and middle classes because they are the most affected people… I’m optimistic in the sense that he may be able to do things that others didn’t. But in the end his hands are tied”. Lucía is a bit more skeptical. She likes the fact that both candidates went through the same as many people in Colombia. “But you can’t trust anyone”, she claims.

On her side, Lucía didn’t want to leave her country, but she doesn’t regret her decision at all. “People here must know that in Colombia we also need help”, she added before finishing the interview.

What is Barcelona doing for Colombia?

Buenaventura’s reality is closer to that of a city at war than a city at peace. That is why thousands of people like Nelly or Lucía decide to leave their homes in search of a safer place in Europe. However, since the Peace Agreement in 2016, Colombia is internationally perceived as being at peace, and this dangerously hinders the rights of people fleeing Colombia due to the conflict.

“The official rejection of my asylum request to the Spanish government was a 7 or 8 pages-long document where they went on and on about how Colombia signed a peace agreement in 2016, so there was no war in the country and my declarations about fleeing conflict were not accepted. It’s ridiculous, really”

Like Nelly’s, 12.133 asylum requests from Colombians have been rejected since January, which represents 95,77% of the total of resolutions published for Colombian citizens.

Despite this, Barcelona is also a place where work is done to support Colombians and raise awareness about the conflict. ICIP hosted the European Secretariat of the Colombian Commission for Truth, a central actor in the collection of testimonies of victims of the Colombian conflict now residing in Europe, essential to promote recognition for victims and visibilize the truth about the conflict and construct collective consciousness about it. Taula Catalana per la Pau is also there working to build a solidarity network, and promote a platform for civil society initiatives working in advocacy and awareness raising about Colombia.

You can read our complete Cookie Policy over here.
Necessary Always Enabled
Necessary cookies are absolutely essential for the website to function properly. These cookies ensure basic functionalities and security features of the website, anonymously.
Others
Other uncategorized cookies are those that are being analyzed and have not been classified into a category as yet.
Advertisement
Advertisement cookies are used to provide visitors with relevant ads and marketing campaigns. These cookies track visitors across websites and collect information to provide customized ads.
Analytics
Analytical cookies are used to understand how visitors interact with the website. These cookies help provide information on metrics the number of visitors, bounce rate, traffic source, etc.
Functional
Functional cookies help to perform certain functionalities like sharing the content of the website on social media platforms, collect feedbacks, and other third-party features.
Performance
Performance cookies are used to understand and analyze the key performance indexes of the website which helps in delivering a better user experience for the visitors.
SAVE & ACCEPT
Powered by