According to a recent UNHCR report, 68.5 million people were displaced worldwide in 2017. These included refugees, asylum-seekers, internally displaced persons, returning refugees or stateless people. More than half of the refugees were children under 18. This movement was the result of persecution, conflict, and generalized violence. In some countries the number of new asylum applications has risen rapidly over the last few years, and Greece is one of them: 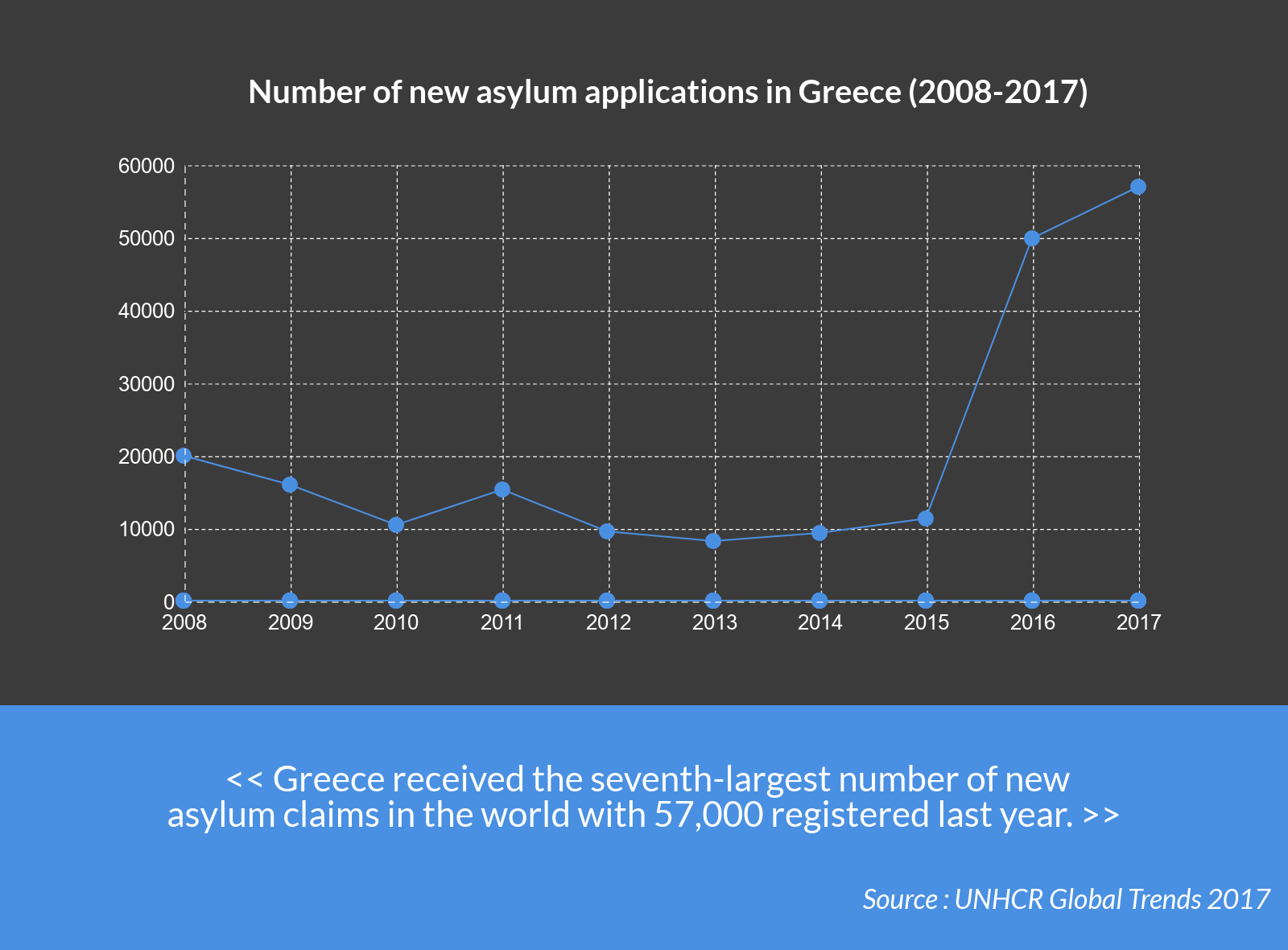 The number of people having fled their home in the world reached 2.7 million in 2017. Nearly 90% of them originated from 3 countries (South Sudan, Syria and Myanmar). The 4 major countries of asylum were Turkey, Bangladesh, Sudan and Uganda.

In 2017, 162 countries received a total number of nearly 2 million asylum claims. Since 2013, Syria had always been the most common country of origin for new asylum-seekers; but in 2017 it was Afghanistan who submitted 125,000 applications. As for the receiving country, Turkey has been at the top of the list since 2016 with 67,000 claims received that year. 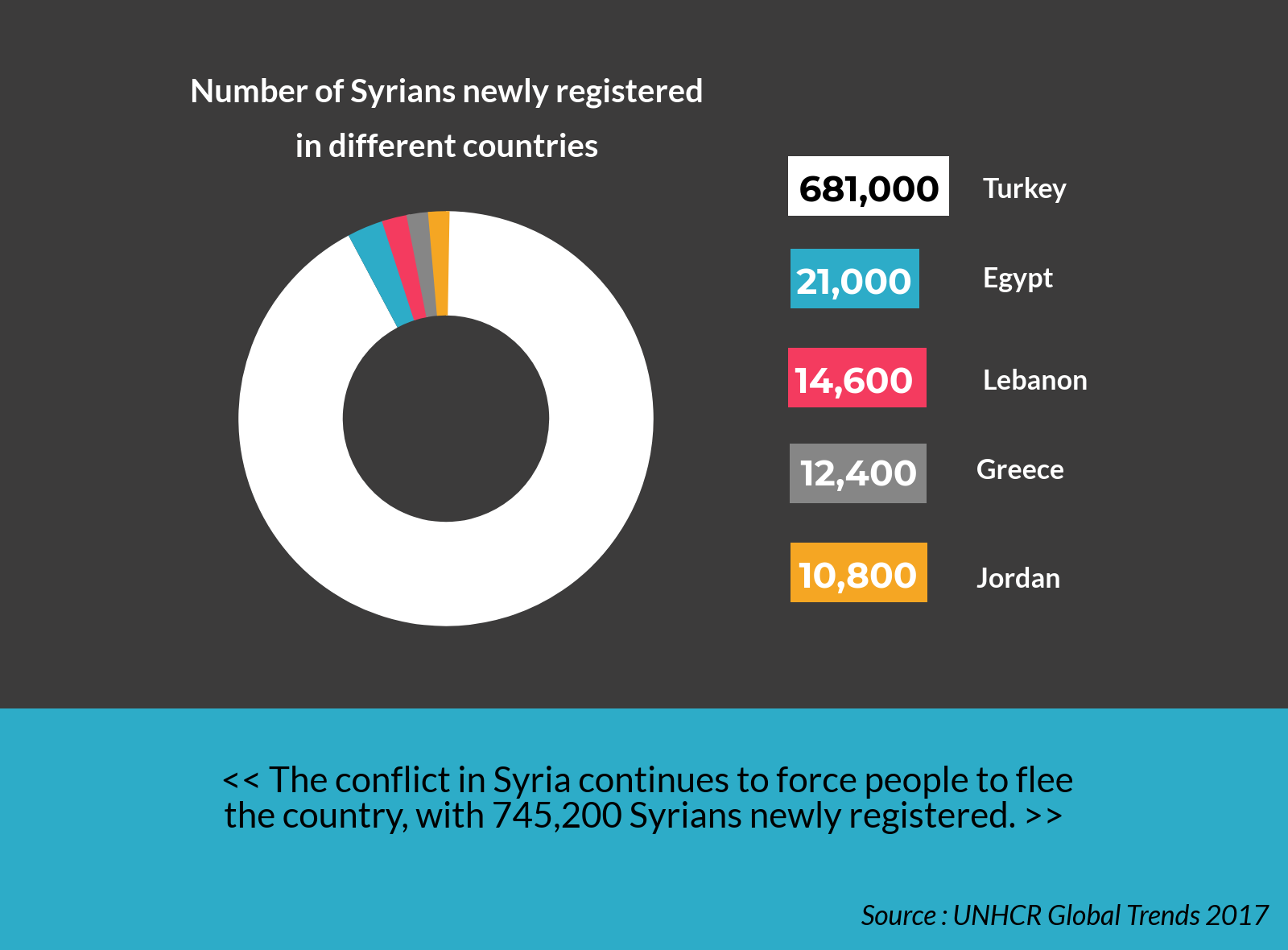 Unlike refugees and asylum seekers, internally displaced people (IDPs) don’t cross any national border. Their numbers are estimated at 40 million across the globe due to armed conflicts, generalized violence, or human rights violations. The Democratic Republic of the Congo saw its situation worsen in 2017 with 1.9 million new people internally displaced because of an internal conflict.

Stateless people (who are not considered as nationals by any State) are estimated to be 10 million across the world, but official data does not exist in every country, so there are no doubt many more.

Long-term solutions for refugees such as voluntary repatriation, resettlement to a third country, and local integration are often the primary objectives. But returning refugees to their home country is often difficult, and there were less than 5% of returns in 2017 (5 times more than in 2014). Resettlement can also be needed for some of the world’s most vulnerable refugees. Nearly 40,000 (50%) of all resettlement submissions in 2017 originated from Syrians. The last durable solution is local integration, which consists in the integration of the refugee to the country of asylum, but the process is long and often fails. The first big step is to get asylum status, which can be quite a long procedure. Below you will find the statistics for Greece, but these durations are similar in every country due to the lack of employees in the asylum centers, to the rising number of refugees, to the lack of translation possibilities, etc. 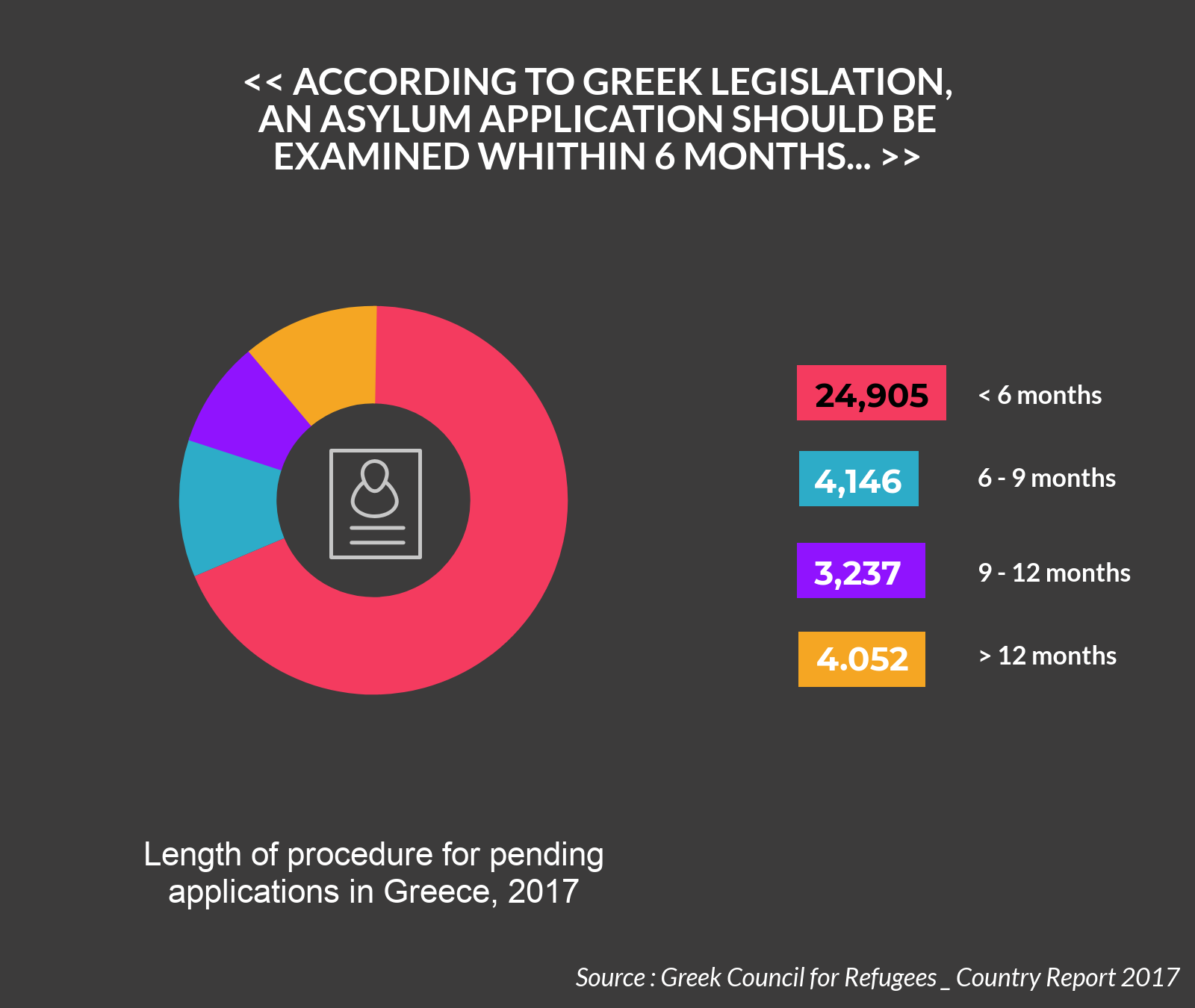 Joint actions from countries also took place around the world. For example, 2017 was the last year of the EU Emergency Relocation Mechanism, adopted by the member states of the EU in 2015 to alleviate Greece and Italy from the massive flows of refugees. The results were not conclusive since only a third of the 66,400 people originally foreseen were relocated from Greece, and less than a third of the 40,000 from Italy.