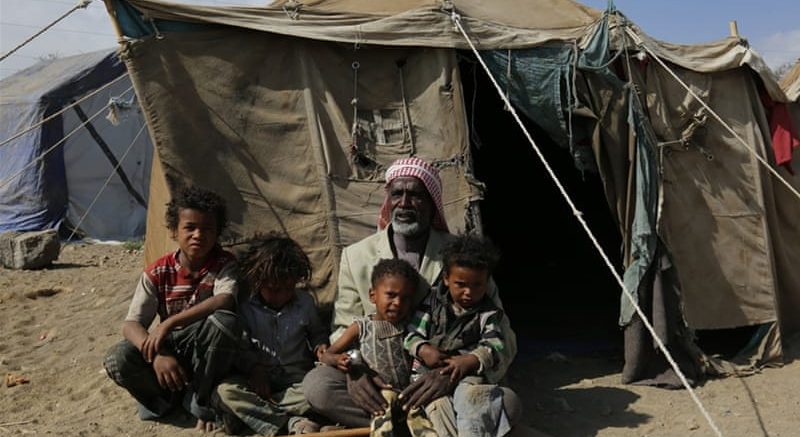 Yemen, a Middle- Eastern country located just under Saudi Arabia, is in the middle of war which has led to a substantial refugee crisis. This war has been going on for just over three years now and emerged when rebellions known as Houthis decided to take action against the Yemeni Government. Although the rebel group has been around for over a decade, it is only in recent years that they have taken over control of the capital of Yemen, Sa’ada. This is a result of a lot of violence which has also led to substantial civilian casualties.

As of March this year there were a reported 40,000 casualties. This war has led to many people fleeing their homes in search of safety and the UNHCR estimates that approximately 2 million people have fled and another 20 million Yemenis are still in need of humanitarian assistance such as healthcare or food as they are at high risk of serious illness and injury and also starvation.

This crisis has been labelled as a humanitarian catastrophe- but for the people of Yemen, this is their life. For the people trapped in Yemen, there is not much hope for Aid. Aid workers have been warned and pressured to leave the rebellion controlled parts of the country as they are at a huge risk. For example; in January 2016, a hospital run by ‘Doctors Without Borders’ was hit by a rocket which resulted in the death of 4 people.

Saying the conditions of living in Yemen were terrible would be an incredible understatement. The ‘shelters’ are well over -crowded and unsanitary meaning the spread of disease is inevitable. Currently the inadequate living conditions are resulting in the rapid spread of cholera.

Although Yemen is in a huge crisis of its own, it is still somehow safer than some of the surrounding countries. Some 280,000 people have fled their own countries such as Somalia for their own safety and to avoid persecution. It seems there is almost nowhere left to run or hide for the poor innocent people trapped in the middle of this tragedy.

Though the situation seems dire, aid agencies such as UNHCR are working hard to help where they can. Some of the assistance UNHCR have strived to achieve has reached approximately 660,000 of the 2 million displaced refugees from Yemen. The type of assistance provided has also included  legal and financial assistance and psychosocial support services in addition to other programmes and interventions to help protect the rights of those forcibly displaced.